Lithium is the primary source for Li-Ion battery packs as it is more stable and safer in charging and discharging energy compared to other minerals.

Aside from the electronics industry, lithium is a staple mineral in mining, manufacturing, energy storage and many others. Due to its many industry uses, the importance of Lithium-Ion batteries cannot be overstated: it is, quite possible, one of the most crucial developments in the modern world, without which the 21st century would not have been possible.

The Lithium-Ion battery has its beginnings in the 1970’s, when British chemist M. Stanley Whittingham proposed creating an energy-storage device using lithium cells. The first lithium batteries used lithium and titanium(IV) sulfide metals which, while operational, was impractical because of titanium(IV) suflide’s expensive production costs (titanium sulfide metals cost around $1,000 back in the ‘70s), not to mention its toxic byproducts when exposed to hydrogen sulfide compounds.

Throughout most of the 70s and the 80s, various scientists and engineers pioneered and perfected the lithium battery. In 1979, scientists John Goodenough, Ned A. Godshall et.al., and Koichi Mizushima, in separate attempts, created and perfected the Lithium Cobalt Dioxide, or LiCoO2. This battery paved the way for novel rechargeable batteries that became the basis for the development of the Lithium-Ion battery in 1985, when Akira Yoshino assembled a prototype battery that used both lithium ions and lithium cobalt dioxide as the battery’s electrodes.

By 1991, Japanese companies Asahi Kasei and Sony started mass-producing the lithium-ion battery and applying it to many of their electronic products, with more scientists and engineers perfecting the technology throughout the 90s and up to today. In 2019, scientists Stanley Whittingham, Akira Yoshino, and John Goodenough were co-awarded the Nobel Prize for chemistry, specifically for their work in the development of Li-Ion batteries.

Li-Ion batteries come in different types, but they are generally made up of the following components:

These major components need to be present in a Li-Ion battery in order to function properly.

As mentioned above, rechargeable li-ion batteries provide portable electricity that powers electronics gadgets. Li-ion batteries are lightweight and can be made smaller than other battery types which makes them convenient to carry around.

Li-ion batteries provide emergency back-up power in case of power loss or fluctuation. Office equipment like computers, as well as IT servers, need to keep running in case of power interruption to prevent data loss. Back-up power is also needed in the medical or health care industry to guarantee consistent power supply to life-saving medical equipment.

The automotive industry poses a demand for li-ion battery packs to provide power source for electric, hybrid or plug-in hybrid electric vehicles. As li-ion battery can store large amounts of energy and can be recharged many times, they offer better charging capacity and longer lifespan.

Li-ion batteries continue to emerge as an alternative to gasoline and lead-acid batteries in powering work or tug boats and leisure boats like speed boats and yachts. Li-ion batteries provide quiet and efficient power source and can also be used to provide electricity to appliances inside the boat or yacht while it is on dock. 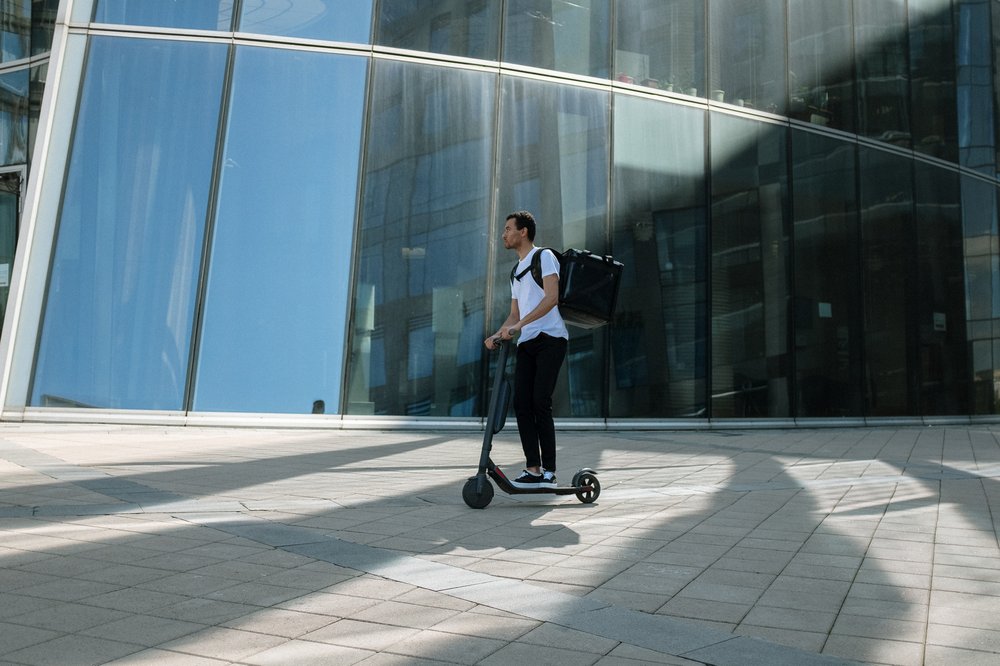 Li-ion batteries are also used for storing solar energy in solar panels as they can be charged quickly. They are lighter, more compact and can hold higher amounts of energy compared to lead acid batteries.

Safety and Environmental Hazards of the Li-Ion Battery

Despite its widespread use and energy-efficient storage, the Li-Ion battery isn’t perfect; it can be a safety hazard if produced, used, and stored improperly. Because the battery contains flammable electrolytes, Li-Ion batteries have a tendency to become pressurized to the point of exploding should they sustain any structural damage. When charged too quickly, Li-Ion batteries can also run the risk of short-circuiting and causing an explosion.

Because of this, and because of its widespread use in most commercial products, the safety standards and safety testing of Li-Ion batteries is much more stringent than other types of batteries. The flammable electrolytes present in Li-Ion batteries means that improper production can lead to often disastrous results.

Li-Ion batteries are also susceptible to damage when charged beyond their voltage limits. Normally, a Li-Ion battery has a voltage range of between 2.5 and 3.65 volts (or, up to 4.35V depending on the cell’s composition). Exceeding this voltage due to improper charging can lead to a premature aging of the battery’s cells, which, at best, means the battery stores energy less efficiently, or at worst, causes the reactive components in the cells to explode.

When stored for too long, Li-Ion batteries can also degrade prematurely, which means it won’t be able to reach its normal voltage range when finally used. This poses a risk because it runs the chances of being overcharged despite the user following package instructions for charging.

Although Li-Ion batteries use ‘less toxic’ metals such as iron, nickel, copper, and cobalt (and are categorized as such), their production and method of disposal can still pose a substantial hazard to the environment.

While the metallic components of Li-Ion batteries are recyclable, and are even safe for both incineration and in landfills, repurposing them for reuse and reproduction in other products is a lengthy and expensive process, which, in turn, leads manufacturers to forego recycling and instead just mine new components.

Until vast improvements are pioneered in the production of Li-Ion batteries, they will always pose a threat to the environment: it takes 67 megajoule of energy to create a single kilogram of Li-Ion.

The Future of the Li-Ion Battery

Although now more than 50 years old, the Li-Ion battery is still constantly improving: scientists are continuously pushing the limits and boundaries of current Li-Ion technology by experimenting with new ways to combine electrolytes, anodes, and cathodes to create a battery that is more energy-efficient, more cost-efficient, and much safer than its current form.

From using relatively cheaper (yet safer) materials like Silicon and Vanadium oxides to creating ‘nanostructures’ within the cells to create more surface area, scientists are thinking of new ways to improve the current Li-Ion batteries energy capacity and safety measures.