You are one of the firm’s top lawyers in Townsville specializing in, among others, commercial property conveyancing, land resumption compensation claims, neighborhood disputes, and town planning appeals. Researching, writing briefs, and meeting with clients, no one can match your thoroughness and expertise doing these relatively solitary work. You thrive in these less crowded scenarios.

Your firm has been invited to make a presentation at a conference, and you had been tasked to do it on behalf of the firm. You suddenly start to sweat profusely when you hear the news. You don’t like public speaking. You’re terrified of it. This is part of the reason why you chose to specialize in research and not litigation. But you’re going to have to do it. How do you overcome the fear of public speaking? Here are a few things that you should consider:

The Fear of Public Speaking

The official term is glossophobia or speech anxiety. You would be part of some 20 million Americans who have expressed some form of social anxiety, including glossophobia. But fear of public speaking affects a broader number of the population, which is estimated at 238 million people based on 2015 data. That is roughly 75% of the community.

Experts suggest that there isn’t one specific reason why people fear speaking in public. The basis could be physiological. Dr. Theo Tsaousides, writing for Psychology Today, explains that when the body’s response system reacts to a threat (public speaking), that reaction is the hyper-stimulation of the autonomic nervous system that leads to the emotional sense of fear. It could also be a lack of experience or the individual’s thoughts of inadequacy.

How to Overcome the Fear 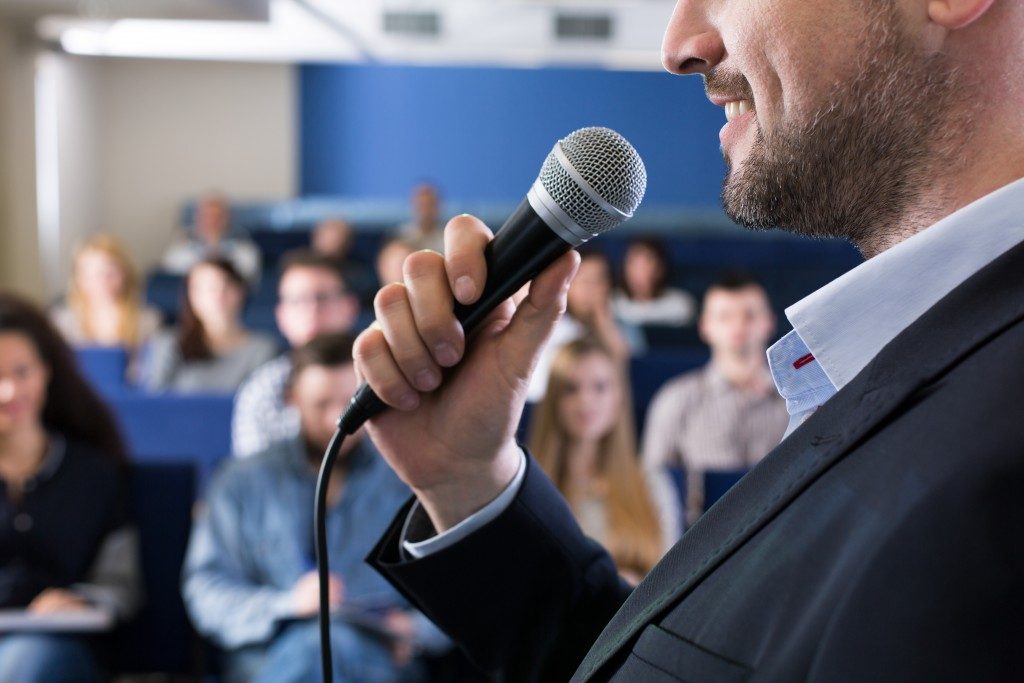 The approaches may vary for different people. But the following list can help in addressing your fear of public speaking:

You will find more pointers that can help you overcome your fear of public speaking. Add them to this list. But remember that it’s all about practice!